Wordless Wednesday : I am NOT amused 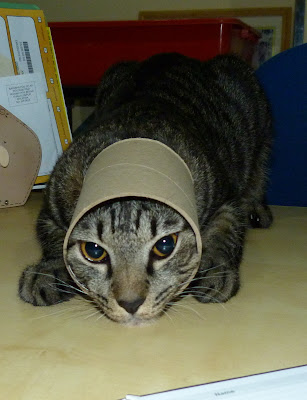 It's The Weekend Again!

The week sure FLEW by and it's the weekend all over again.  The sun is shining brightly, I've just had my bath, and I'm feeling HAPPY!  Join me?

I let Boomerang into the boarding area once in a while so he can play with Meow-Me, Coco and Felix.  On this day, he finally discovered the pigs.....

The Week Is Finally Over

What a rotten week it has been and I'm glad to see the end of it.  I'll be catching up on what everyone's been up to all week over the weekend.  I MISSED EVERYONE!

This is what I see everytime I am at the cat boarding area...
﻿
﻿﻿﻿
﻿﻿ ﻿
﻿﻿﻿
﻿It is absolutely heartbreaking that I can't let him in the house so I try to make it up by spending as much time as I can with him out at the porch.  In the evenings, I allow Felix to come outside to play with Boomer.  Meow-Me and Coco won't play with him because he is way too rough.

Thank goodness he doesn't scratch at the mosquito nettings or the other human in the house will be very very upset.  He just sits at the ledge and serenade us with sad songs.
Posted by Whisppy at 1:25 AM 11 comments:


﻿
﻿
﻿
﻿﻿Mummy : We've had a busy week so have been slacking in the commenting department but we did keep up with what everyone's been up to...
Posted by Whisppy at 12:45 AM 8 comments:

Ahhhh.  A big sigh of relief.  Felix greeted me this morning and demanded to be fed.  And he ate up his biscuits.  Later in the evening, I let them out to play and he was bouncing off the walls!  And he ate up his dinner as well.
﻿ ﻿After his dinner, he went to potty and I watched closely to see what he would produce.  I had a mini heart attack when I saw his poo was red!  And he was straining and straining and the red poo just kept getting longer.  So I grabbed some paper to pull at the poo and whoooopp....out it came.  And a big relief on Felix's face.  A closer inspection of the red poo finally answered all the questions.  I have pictures of what came out but I think I'll keep those to myself.  MOL. ﻿
﻿Here's what I think happened.  As Felix was teething, I think he found comfort chewing on the string that I allow them to play with under supervision.  I must have missed him chewing (and swallowing!) the string last week which resulted in him vomitting and losing his appetite.  Thank goodness the string managed to pass out without any problem (although almost a week later!) and he's back to his usual self today.

Needless to say, no more playing with strings and we'll stick with scrunched up paper for now.....


During the follow up, the vet said that his gums seem rather inflammed, possibly from gingivitis so she gave him another type of antibiotic and an anti-swelling to help.  So it's another 6 days (twice a day!) of struggling with him.  Ack.  He has one more loose pre-molar that has yet to fall out.

Anyone else like the Kickeroo?
Posted by Whisppy at 1:12 AM 11 comments: