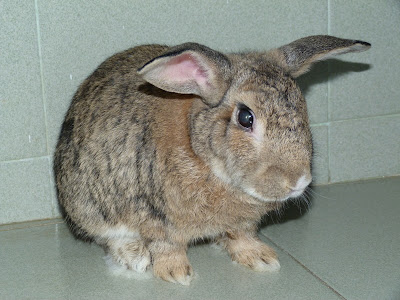 I found Mr Brown wandering the streets where I used to stay one December afternoon in 2005.  As I worried about his safety (hit by cars, hurt by cats, killed by dogs), I decided to catch him.  He was either let out to "fend for himself" after his family got tired of him or he escaped, I never knew.  At that time, I had 2 other rabbits and was reluctant to add to the family (Whisky, Manny, Heidi (the rabbits) and my 2 tortoises).  But as time went by, I grew fond of him and decided to keep him.  He was probably around 8 months to a year old then.
When Heidi passed away, I paired him up with Manny (who developed head tilt and needed special care).  Mr Brown liked being with a bunny friend so when Manny passed away, he became depressed and refused food and the light in his eyes seem to "shut down".  We tried to get him to accept the guinea pigs as his new companions but he would have none of it.  And so a week later, Bernie came to join the family.  Mr Brown was so happy the light in his eyes shone brightly again!  That was over 3 years ago.

We noticed Mr Brown had slowed down over the last couple of weeks but was otherwise his usual self.  On the 20th morning, I found Bernie lying next to Mr Brown's body.  He had probably passed in the early morning of a heart attack.  We are glad he did not suffer from any illness and had his brother with him when he passed. 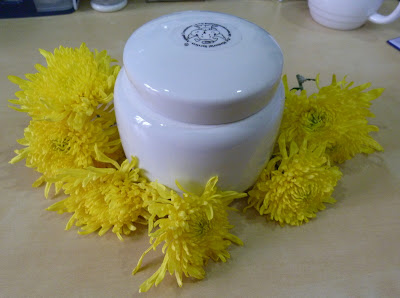 We had him cremated and his ashes came home today.  He will be placed next to his first brother, Manny (at home).  RIP Mr Brown.  Bernie misses you but he is coping well.  We love you, Brown Brownie.
Posted by Whisppy at 4:55 PM 33 comments: 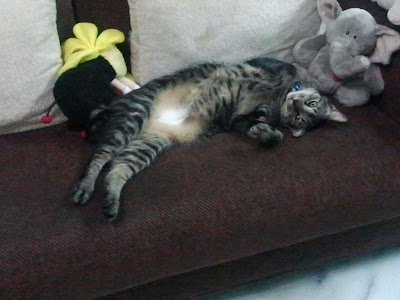 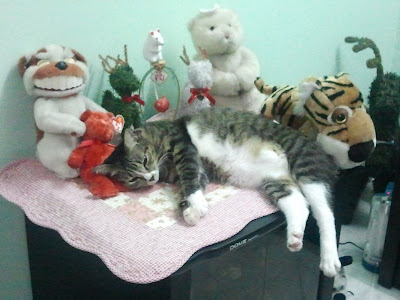 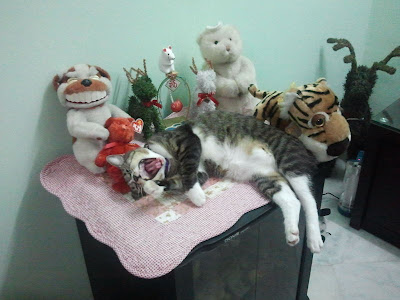 Don't worry, the cats were all okay as soon as Daddy removed the jacket.  We had such a good laugh, though.  We would either have to freeze or face hissy and puffy cats if we had winter here...
Posted by Whisppy at 4:57 PM 25 comments: 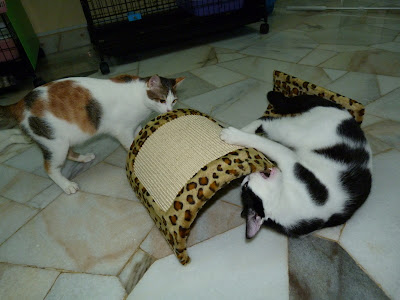 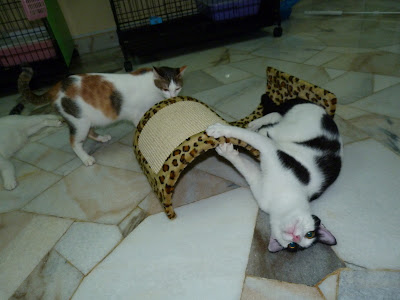 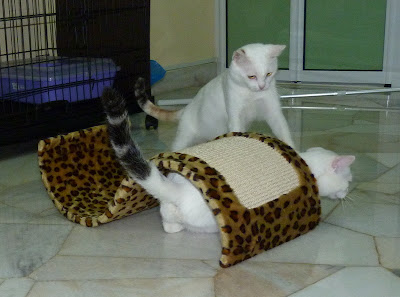 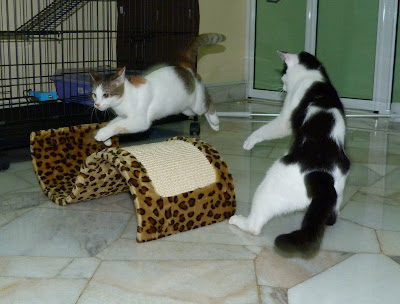 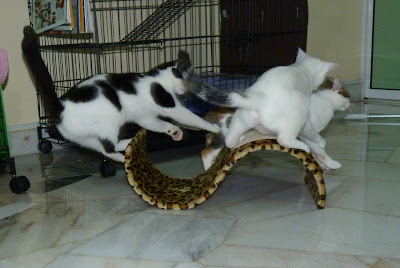 Whisky here : Mummy has come down with the worst flu ever and has not been able to help us visit or comment the last few days.  She's been sleeping even more than Cosmo!  But she is finally starting to feel better and so we will be visiting real soon!
Posted by Whisppy at 1:35 AM 34 comments: